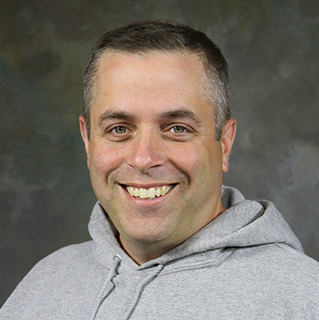 Roger, a.k.a. "Ranger Roger", started "trekking the outdoors" among the very pines comprising Peconic Dunes Camp. Born in Greenport, and raised in Cutchogue, countless afternoons were spent exploring the dunes and waterways between Goldsmith's Inlet and Horton's Point Lighthouse. Guided by family and friends, a passion for summer camps kindled while attending DEC Camp DeBruce as a camper and volunteer, '85-'86. Since that faithful summer of '85, there would be no turning back from a life of working in the outdoors.

With the vow of never wanting a "desk job", a B.S. in Biology/Environmental Science focusing on public and government service was obtained from St. Francis College, Loretto, PA. The formal education, coupled with a life love of the industrial arts, landed an opportunity to walk the Dunes again as P.D. Camp's Nature Guy, and soon after Maintenance Man through the college years. An opportunity to get a foot in with CCE materialized in the form of the IPM and Nursery scouting programs. Still wanting more of the great outdoors, Pennsylvania became home while working to save the environment as a Hazardous Spill Response Specialist. Knowing the whispering voice of the North Fork's waters was too strong to pass on, Ranger Roger returned home to Peconic Dunes to continue exploring a passion for a natural lifestyle worthy of passing along to today's youth.

Some areas of interest that will get the Ranger to "sit and chat" with campers are: SCUBA Diving, Backpacking and come to think of it, anything that can be done in the outdoors while carrying all that one needs on their back such as skiing, woodworking, gardening, traveling our great nation, boating, paddling, heavy equipment ... anything that requires using your hands and mind to achieve a greater understanding of our world around us.