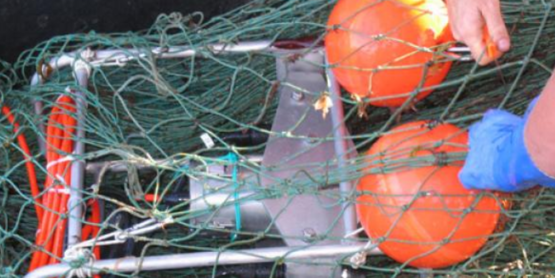 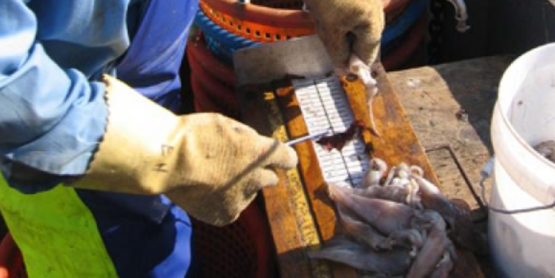 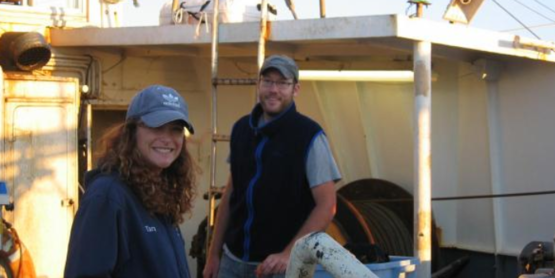 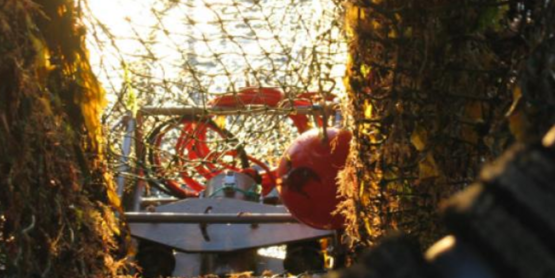 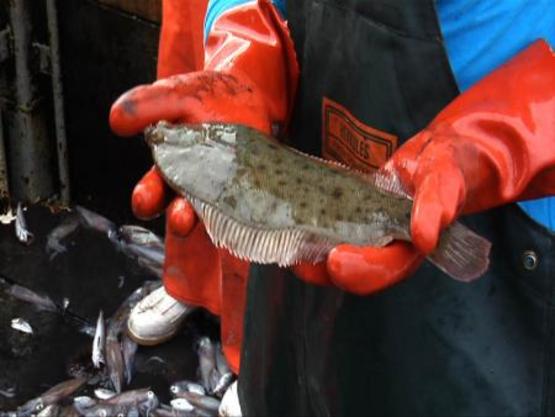 According to the most recent stock assessments, winter flounder have suffered severe declines. Therefore, avoidance of winter flounder during fishing activities is imperative at this time to reduce winter flounder fishing mortality and assist in the stock rebuilding efforts. On May 1, 2010 the National Marine Fisheries Service (NMFS) prohibited the retention of winter flounder throughout the Southern New England/Mid-Atlantic (SNE/MA) winter flounder stock area. This was accomplished by the implementation of Amendment 16 to the Northeast Multispecies Fishery Management Plan (FMP). This area of prohibition extends from Massachusetts to North Carolina and affects many fisheries. The no-retention provisions will likely increase winter flounder discard in the designated area. It was for these reasons that Cornell Cooperative Extension (CCE) designed and tested an avoidance gear adaptation (AGA) to reduce the bycatch of winter flounder while minimizing the economic impacts on the Loligosquid fishery.

The goal of this project was to evaluate the success of CCE's design as a means to reduce winter flounder bycatch in the small mesh squid trawl fishery. Despite the prohibited retention of winter flounder, the species will continue to be caught as bycatch and now discarded in the economically significant squid fishery. CCE's design is quite simplistic in nature. The AGA is simply a large mesh panel that replaces a portion of the belly of a typical trawl net used in this fishery. This design is based on the success of similar designs used in other small mesh fisheries. The success of our project/design will be judged primarily on two criteria. The first being a reduction in winter flounder bycatch and the second being the retention of Loligo squid at economically viable levels. For this research, fishing took place in two different areas defined by analysis of NMFS Northeast Observer Program data from 2002-2008. These two areas mark the locations of the highest observed winter flounder discards in small mesh bottom trawl fisheries from May through Sept. 2002-2008. These areas can generally be defined as: 1- An area along the south shore of Long Island, NY from Smith Point to Bridgehampton and ranging from 12 fathoms to 25 fathoms; 2- An area within Block Island Sound approximately bordered by Block Island, the Rhode Island coastal area and Montauk in depths ranging from 5 fathoms to 25 fathoms.

A single vessel was used in this study to conduct replicate tows comparing a control net to an AGA-altered net (experimental net). Replicate tows are defined to mean a comparison of sequentially exact tows using the control and experimental gear. The F/V Rianda S was chartered to conduct all at sea research trips. The vessel operated with two identical trawl nets (one modified with the AGA). The control net was compared with the experimental net on a sequentially similar course for each tow. Comparisons of the control and experimental net were based on differences in winter flounder and Loligo retention and also on total catch. Lower priority was placed on the retention of other species (e.g. whiting). One hour tow durations were used during this study to maximize the number of tows conducted per trip and still remain within the range of commercial tow durations (1-3 hours). The project protocol consisted of multiple single day fishing trips. We conducted a total of 16 trips for the project. We had a total of 90 tows with 45 tows each for the control and experimental nets. The study vessel departed from Montauk, NY and Hampton Bays, NY (Shinnecock) depending on reported concentrations of squid and flounder.