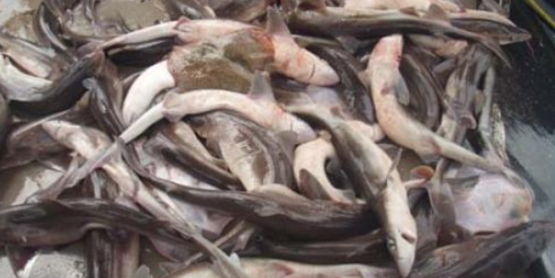 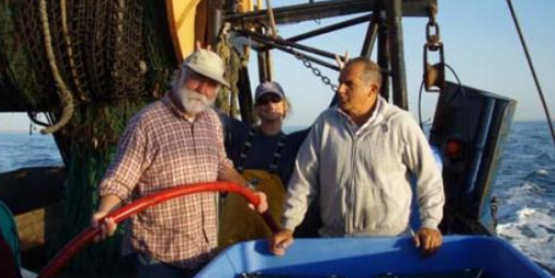 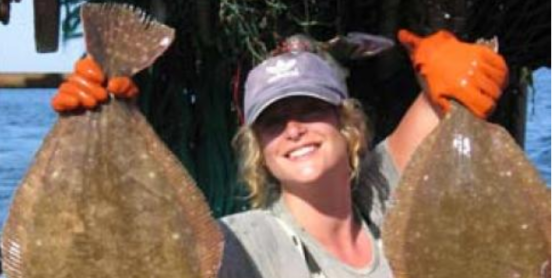 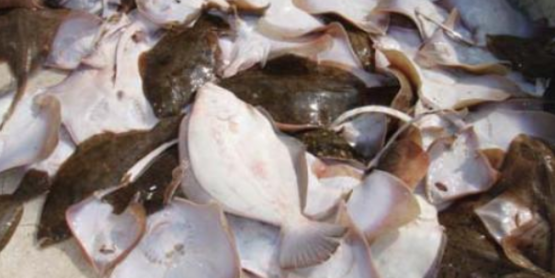 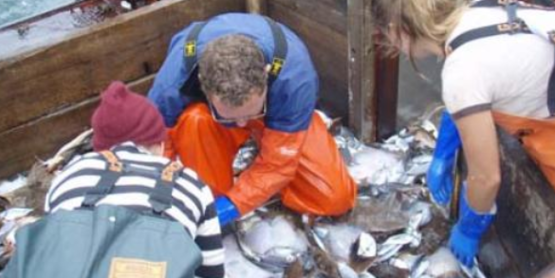 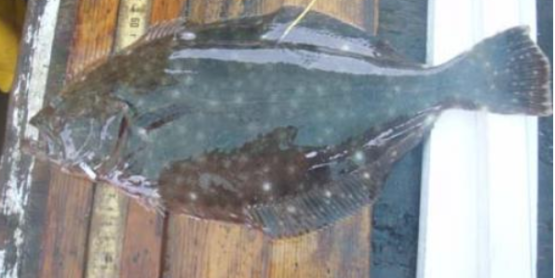 In 2007, Cornell University Cooperative Extension (CCE) received an RSA grant to determine the discard mortality in the inshore summer flounder trawl fishery. Fieldwork was carried out successfully from May through October 2007 off Long Island, New York. Ten scientific trips were made on commercial draggers working the traditional inshore mixed trawl fishery. A goal of the project was to determine discard mortality relative to tow time, fish size, and the amount of time fish were on the deck of the vessel. Tows of 1, 2 and 3 hours in duration were conducted. Fish were culled both immediately (from 0-10 minutes on deck) and after being held on deck for a delayed period of time (25-35 minutes on deck). Approximately 20 live fish were removed from the immediate and delayed culls of each tow. These live fish were weighed, tagged, and graded by condition before being transferred to a flow through seawater holding system where they were held on deck for the duration of the trip. The total catch of fluke was weighed and sorted between live and dead at consistent intervals of time to determine the effect of culling time, for as long as it took to clear the deck. Other variables were examined including total catch weight, species composition of total catch, fish condition factors, gear size, water temperature and air temperature. Upon arrival at the dock, live fish were transferred to a dockside net-pen holding system and monitored for mortality over a 14- day period. Discard mortality rates were calculated based on the live/dead fraction of fish sorted on deck as well as the mortality rate of the live fish held in the monitoring net- pen system over the 14-day monitoring period. Mortality rates were calculated by tow time, cull time and overall. Mortality rates for the 1 and 2-hour tows were less than for the 3-hour tows. Mortality at the time of the immediate cull and delayed cull were similar and increased with increasing tow time. The overall median mortality was 78.7% and was similar to the value assumed in recent summer flounder assessments. However overall mean mortality was 64.6% and is 15% less than the value used in recent assessments. Blood was extracted from sample fish and analyzed for cortisol level as an indicator of stress. ANOVAs on the cortisol level were unable to find any significant results thus indicating that blood cortisol is not a predictor of condition or survival. Those fish released after 14 days in the net-pen served as a tagging study component of the project. We continue to receive tag returns and to date have had a 10.4% return of released fish.

In 2009, CCE requested and received authorization to conduct additional fluke discard mortality research on this project with available residual funding. The remaining funds were used to conduct 4 additional modified research trips. During these trips, on deck procedures for sorting the summer flounder catch into live and dead categories for each time interval were conducted. Live summer flounder were not kept for the extended (14 day) mortality monitoring during these supplemental trips. Fieldwork conducted under this project extension was completed as of September 2009. The additional data was incorporated into the statistical analysis as a separate component.