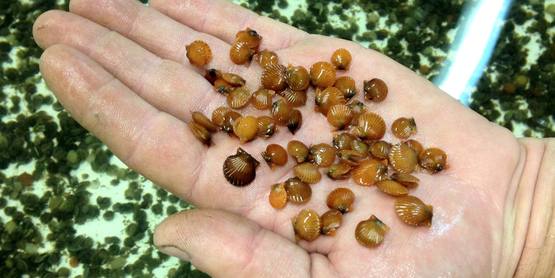 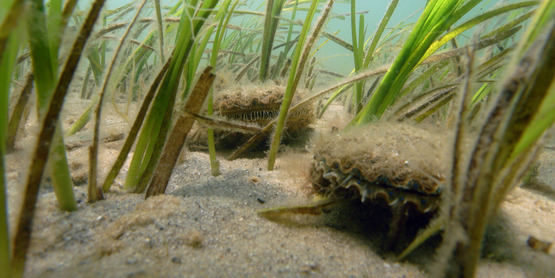 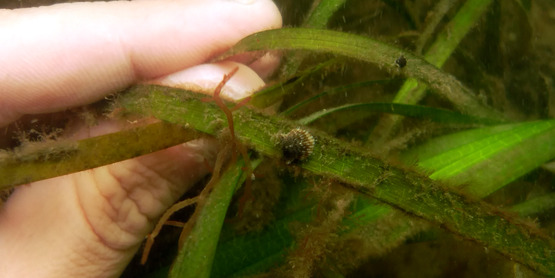 In 2005, Suffolk County Executive Steve Levy signed off on a 4-year, $2 million dollar grant giving the go ahead for Cornell Cooperative Extension's Marine Program and Long Island University to begin work on the "Restoration of Peconic Bay Scallop Populations and Fisheries” project. Now, 12 years later and after much success, we continue our work to fully rebuild the fishery for this iconic species.

The basic strategy of this program was to establish a very large spawner sanctuary, with scallops stocked at high density in nets (to protect them from predators), so that when scallops reproduced they would contribute trillions of larvae to the Peconic Bays and jump-start the rebuilding of populations and commercial fisheries. Up to this point, the Cornell Marine Program had been growing out scallops and giving several thousands of mature "ready to spawn" 1st year scallops to local townships to place in areas where scallops had been in great abundance. This method had some success but, as the data indicated over the years, it was not enough.

The new project team included Suffolk County (funding), Cornell Cooperative Extension Marine Program (to administer the grant and supply the hatchery, expertise and a base of operations in the heart of the estuary) and Long Island University (who would conduct the scientific-based planning, research and monitoring of the success of the scallop spawning throughout the estuary). The Suffolk Project in Aquaculture Training (SPAT) and Stony Brook University have also been important contributors to these efforts. Additional funding for our restoration efforts has also been obtained through the New York State Department of State and the Peconic Estuary Program. 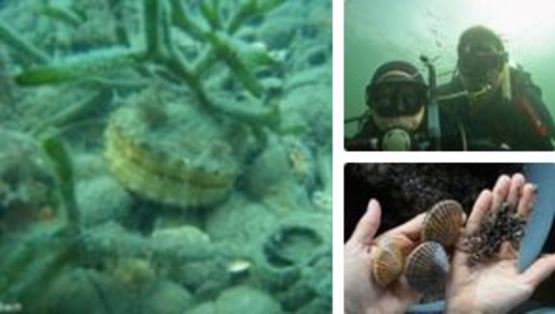